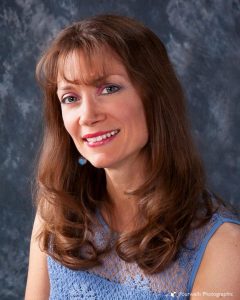 She began her professional career in 1986 with Tampa Ballet and moved on to perform in Ruth Page’s production of the “Nutcracker” in Chicago.  In 1987, she became principal dancer with Minnesota Ballet where she performed in roles such as Odette/Odile, Aurora and Swanhilda.  Christina moved to Miami in 1995 and performed the Snow Queen in Miami Ballet’s Nutcracker directed by Yanis Pikieris.  In 1996 she was principal guest artist with Santa Barbara’s State Street Ballet directed by Rodney Gustafson.  While in California, Christina was offered a position with Hartford Ballet where she performed soloist and principal roles in Graham Lustig’s “Evening,” Bronislava Nijinska’s Blue Girl in “Les Biches” and Artistic Director Kirk Peterson‘s “Nutcracker.“  She spent the last eight years of her twenty year career as a principal dancer with Ballet Florida.  She performed in works by world renowned choreographers such as Glen Tetley‘s “Sphinx,“  Val Caniparoli‘s “Lambarena,“ Lar Lubovitch‘s “Smile with my Heart,“ and “Musette,“ Sean Lavery‘s “Sleeping Beauty“ and “Classical Symphony,“ Ben Stevenson‘s “Dracula“ and “Esmeralda“ pas de deux, Jerome Robbins’ “In the Night” and Twyla Tharp‘s “Baker‘s Dozen.“

Christina Hampton’s career as a dance instructor has included associations with such prestigious schools as Chicago City Ballet School, School of Minnesota Ballet, Miami Conservatory, Academy of Ballet Florida, Palm Beach Ballet Center and Jeanne’s School of Dance, NuEvolution Dance Studio and Impact Dance.  She has been a “Summer Guest Faculty” member at CPYB since 1999 and a guest teacher at Next Generation Ballet in Tampa Florida and Brigham Young University in Utah as well. Ms. Hampton’s experience as a ballet teacher has spanned over 38 years.

Back to About Us